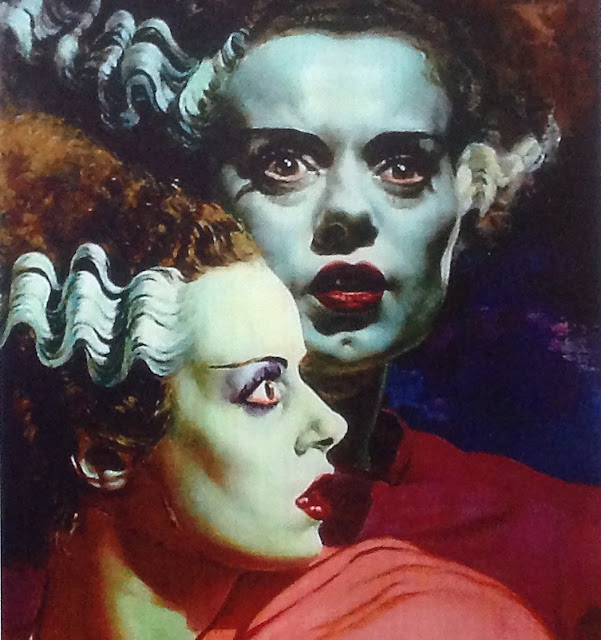 FRIDAY THE 13TH: THE SERIES

“Lewis Vendredi made a deal with the devil to sell cursed antiques. But he broke the pact, and it cost him his soul.  Now, his niece Micki, and her cousin Ryan have inherited the store… and with it, the curse. Now they must get everything back, and the real terror begins.” 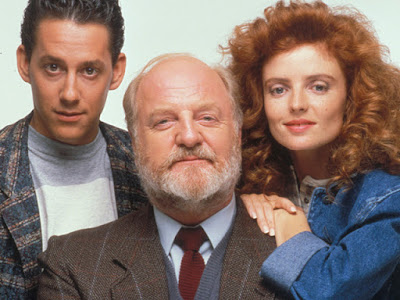 Get Jason Voorhees and Camp Crystal Lake out of your mind. Taking the name of the popular movie series due to the fact that the producer was involved in both, this show should be known as “Curious Goods” for the name of the old curiosity shop in which it is set. Originally, it was to be titled “The 13th Hour” and it was advertized as “Friday’s Curse” in the UK—but the producer wanted the name recognition of the popular movie series.  And so the questions about the title persist. 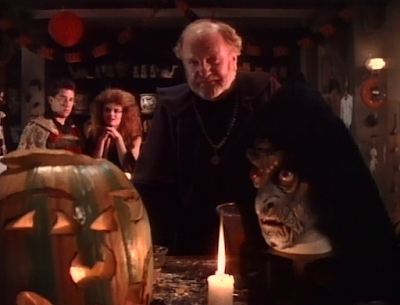 The title sequence really does the job of set up well and it is pretty much the same every episode as the cousins, Micki Foster (played by Louise Robey) and Ryan Dallion (played by John D. LeMay), hunt down the cursed items with the addition of their father’s acquaintance Jack Marshak (played by Chris Wiggins) who is a world-travelling occultist familiar with many of the antiques because he originally collected many of them before they were cursed.

The cast adds Johnny Ventura (played by Steve Monarque) during the second season as a romantic interest for Micki who also assists in recovering the relics.  He fully replaces Ryan in the third and final season after Ryan is transformed back into a child and leaves to be raised again.

Though cancelled abruptly during the third season, plans were in place for a fourth in which the trio would meet a secret society of paranormal investigators dedicated to fighting the supernatural.

Hard to pick only a handful of favorites as the cheese and chills from this series are legion, but let’s see how I feel this week.

My favorite 5 episodes of the series are as follows…

“The Inheritance”
Season 1, Episode 1
launched the series with one of the creepiest evil dolls to fill the screen and young actress Sarah Polley as one of the most evil spoiled brats too.

“Hellowe’en”
Season 1, Episode 5
Maybe having a Halloween party at a cursed curiosity shop was a bad idea, as lightning causes an electrical failure.  When people leave the shop in a hurry, Jack finds a missing young girl and leaves to help her find her way home.  Unfortunately, she’s not what she seems.  Micki and Ryan are lured into a secret room behind the bookcase where they are confronted with the soul of their dead Uncle Lewis and his wife, Grace.  After they give Lewis an amulet to free his wife’s soul, they must escape in time to stop Lewis before he can steal a mortal body and return to the land of the living.

“Scarecrow”
Season 1, Episode 11
is set in a small farming town during harvest time, where fears arise each year as three people disappear every autumn.  When a photo of the victim is put into the scarecrow, it soon begins to stalk its prey.  This episode also develops Ryan’s past and has at least one callback to Texas Chainsaw Massacre.

“Better off Dead”
Season 2, Episode 15
follows a cursed syringe into the hands of a doctor whose guilt drives his search for a cure for a disease that makes people behave like they are rabid.  With the object, he can extract liquid “soul” from his victims and inject it into his daughter, who suffers the disease.

“Scarlet Cinema”
Season 2, Episode 16
features a film student who uses an antique camera to take revenge on those who wronged him.  The student is obsessed with the old movie “Werewolf” and the episode actually uses real clips from Universal’s The Wolf-Man.

And now for some nifty links to additional information about Friday the 13th The Series..

Email ThisBlogThis!Share to TwitterShare to FacebookShare to Pinterest
Labels: COUNTDOWN TO HALLOWEEN, Friday the 13th, Friday the 13th: The Series, halloween, Terror Tee-Vee

So awesome stumbling into a post about my all-time favorite television show. I love it so much. I even have a tumblr blog for it, and each week I have been doing an episode recap. Not many care, but I do. Happy Friday the 13th!

My Friday the 13th: The Series Tumblr Blog is here: fridaythe13ththeseries.tumblr.com

A very underrated show! I still remember a couple of episodes; they got really creative with the cursed items.

Thanks for the responses Caffeinated Joe and Richard S.--loved the show and look forward to checking out the blog.

I'm a fan of this show as well. I love Micki, Ryan and Jack. And I always wanted Micki and Ryan to become a romantic couple. They were so great together.