IN HONOR OF FRAZETTA 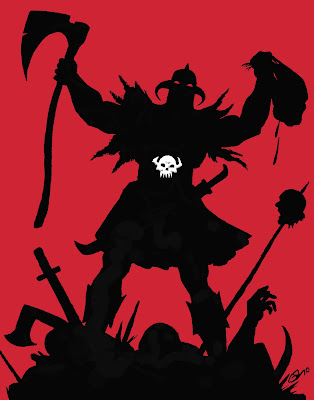 Posted by Gary Lee at 12:01 AM No comments: Links to this post

...AND THE EARTH SHOOK WITH THE SOUND OF THUNDER 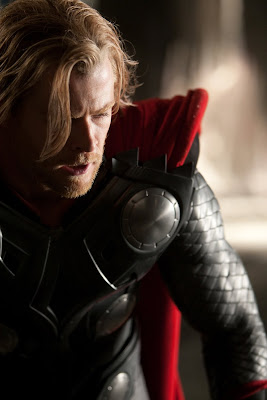 And quickly followed the above photo of the Thunder God hisownself, as played by Chris Hemsworth.

Here we don't necessarily have a problem, but in truth, it isn't the exact garb preferred for the Odinson. Ideally movie Thor would be wearing the exact look of the one Jack Kirby first created for him. However, it is probable that we will see something like that elsewhere in the film. After all, there is no need for Thor to be in battle armor all the time. So, to be determined as to how to react.

As to this particular look, it is nearly identical to the current look of Thor. Brownie points to the crew for that. It does, however, appear to be something other than leather and metal making up the armor. This could look bad on film. Then again, it may've been chosen as to avoid unnecessary glare on the camera and for practicality for the actor.

Still, not really enough here to make an educated judgement. From what we DO see, as Larry David would say--Preeeetty good!
Posted by Gary Lee at 12:03 AM No comments: Links to this post

And then I saw the second image from the THOR film... 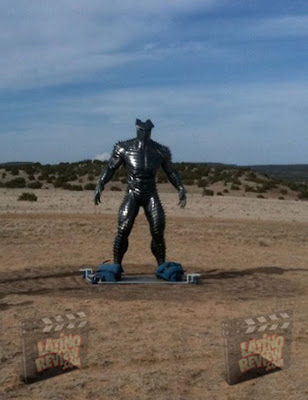 and it was goooooood!

While not quite 100% perfect, it's obvious that they came about as close as they could! It's a bit tall and a bit thin, but a "bit" is not much of a noticeable thing in movie making. Compared to the changes that have been made in most films, this is hardly worth noting. It is basically, virtually identical to the armor as depicted in the comics.

And I didn't even know if they'd even mention it in passing...

My faith continues to grow--which is trouble.
Posted by Gary Lee at 1:05 AM 2 comments: Links to this post