BLADED VAMPIRES, CRITTERS AND REAPERS TOO!

Another group of sketches from the month of October,
a pretty good mix of vampires, monsters and aliens
for your viewing pleasure! 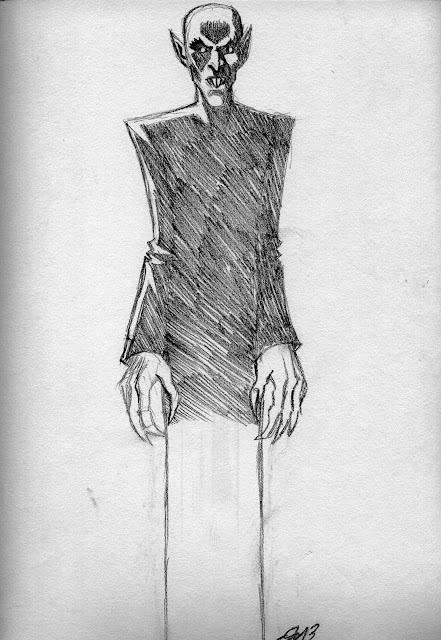 Count Orlock of NOSFERATU fame hanging out waiting for a manicure... 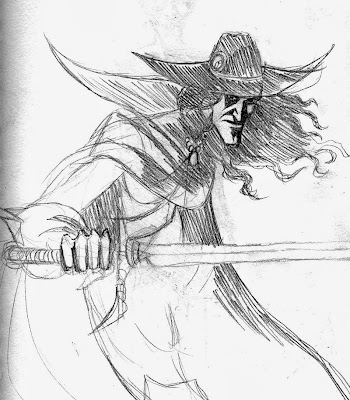 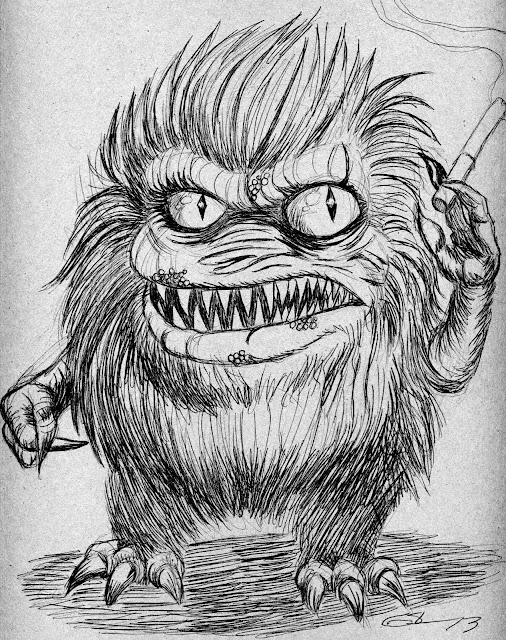 A particularly nicotine addicted Critter from the CRITTERS franchise. 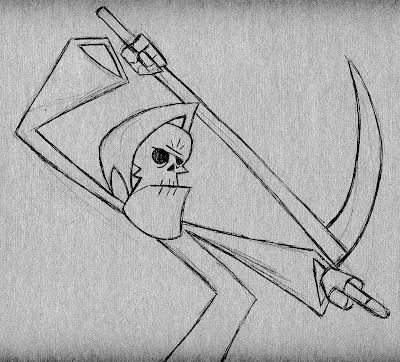 Grim from the cartoon--he appears miffed at one of those young'uns! 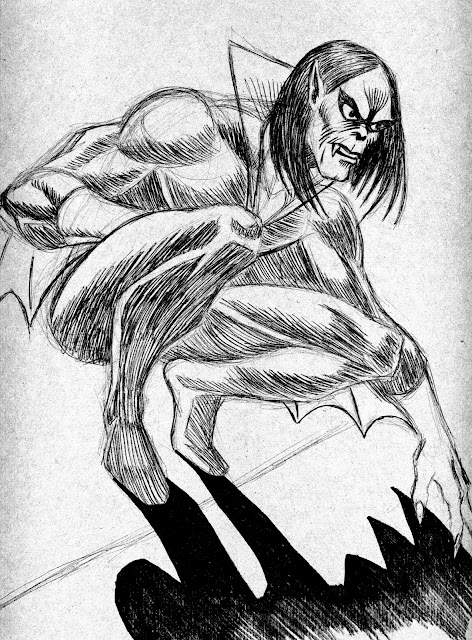 Morbius the Living Vampire prepares to pounce on a passerby! 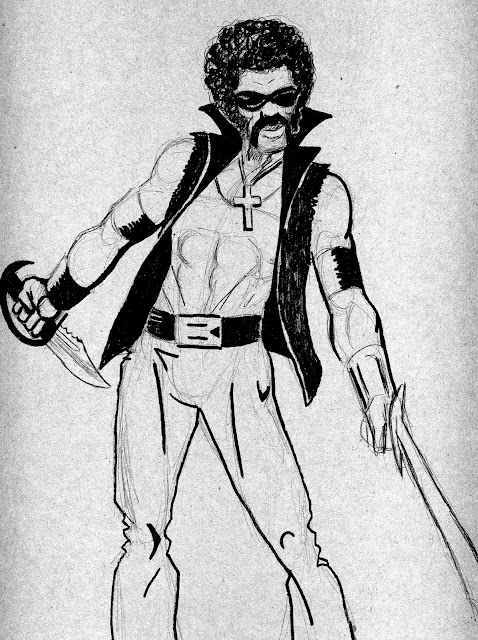 A reimagining of Blade the Vampire Hunter--given a more funky look.

Just a sampling of more sketches completed in the month of October...
click on any one image to see it embiggened. 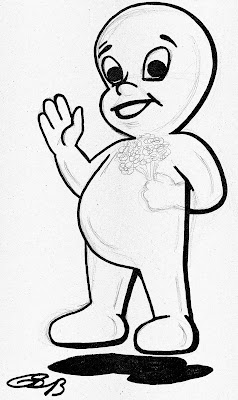 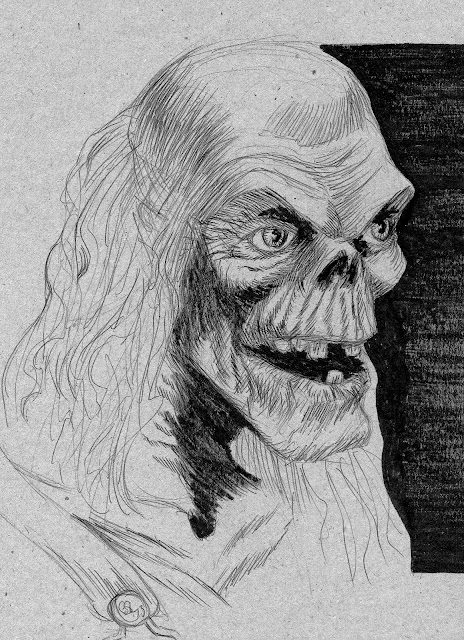 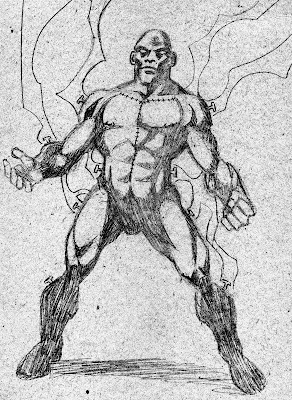 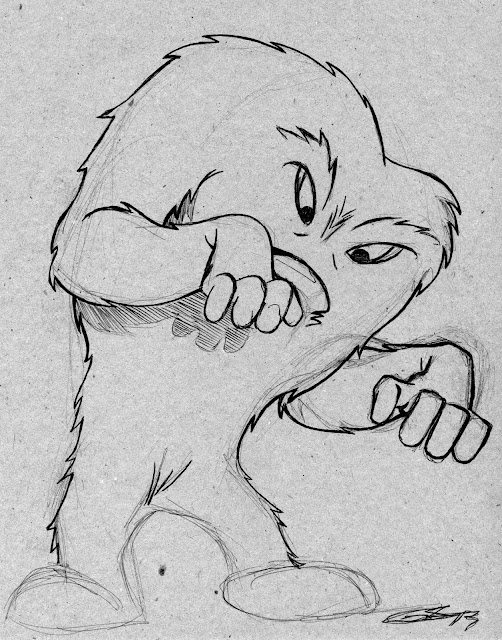 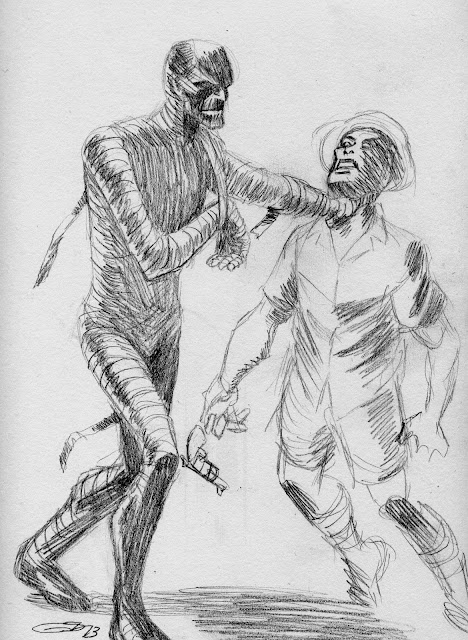 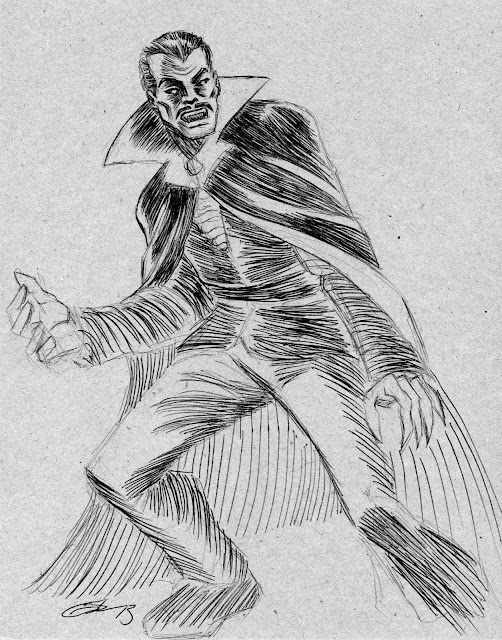 This series of sketches was done ramping up to this October and in the early days of October--most of which were done for Outcast Studios' Daily Sketch Challenge.
(It's always good exercise to sketch a little something each day to keep up your skills and further develop them.  Or, at least that's what they say.)

Here we have Marvel Comics version of Bram Stoker's eternal enemy Dracula from the longest running comic book series starring a villain, TOMB OF DRACULA.  Nearly completely done by Marv Wolfman and Gene Colan, it was full of gothic atmosphere which I tried to covey a little bit of here. 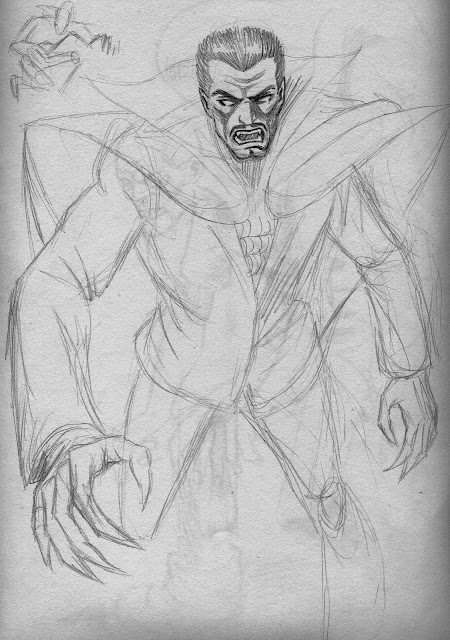 Swamp Thing contemplating knowledge and how it can be both a good thing and a bad thing.  Just me having some free time at work with ballpoint pen and cardboard. 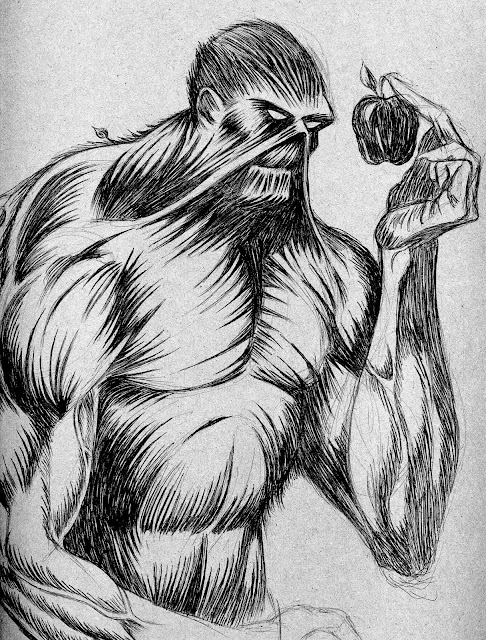 The Atom punching a guy in the face and Panthro of the Thundercats on a jaunt. 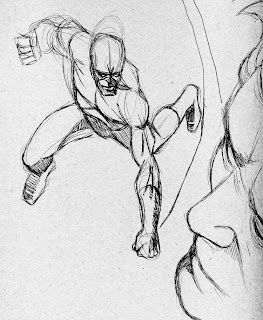 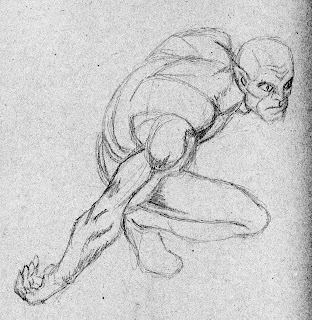 Crusher Creel, AKA The Absorbing Man between absorbing something--
I really like this sketch and I'm not sure why. 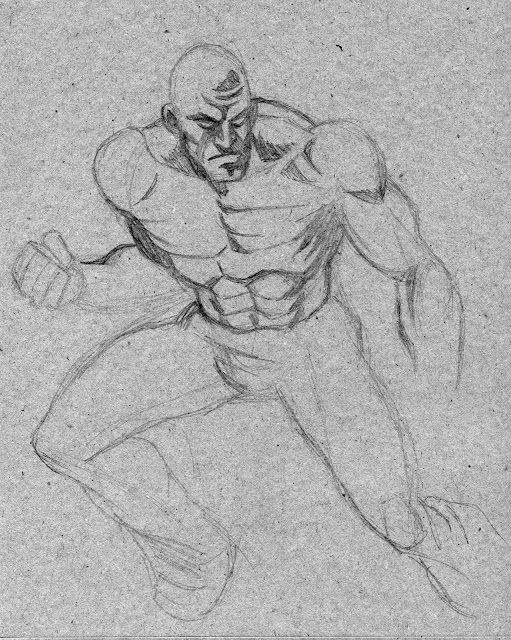 Etrigan, The Demon, Jack Kirby's horror based fantasy hero--a demon from hell damned to do good by Merlin the Magician.  I don't really like this one. 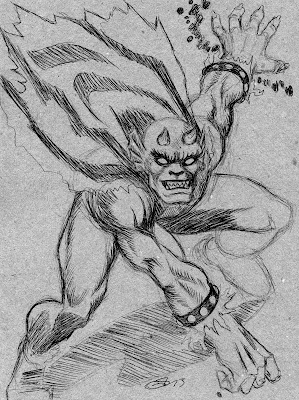 The daughter of Dracula: Lilith.
This is from Marvel as well--their attempt to tap the Vampirella market, apparently. 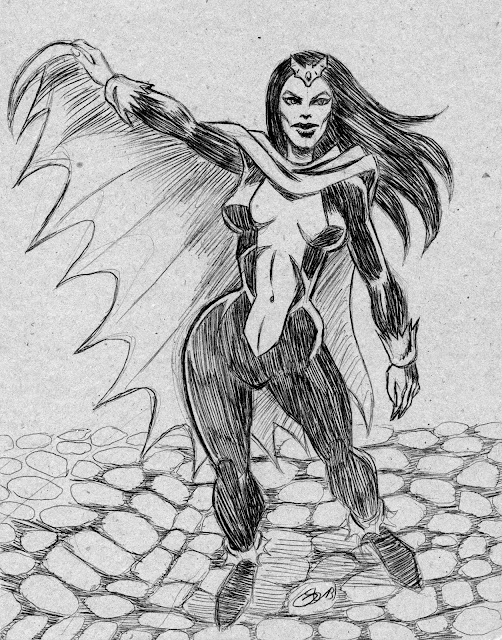 Profile shot of Mephisto, Marvel Comics' version of  the devil. 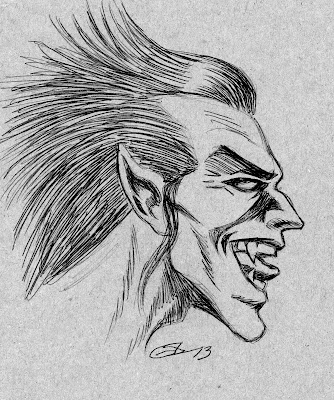