Found this Chris Giarrusso Marvel-Mini sketch of Thor from Charlotte's Heroes Con from a few years back in an old folder.  I'm sure I meant to share it back then...doh.
Let me just say, btw, that this is, by far, the superior Marvel character parody to the more commercial "Superhero Squad".  MUCH better drawn and written... 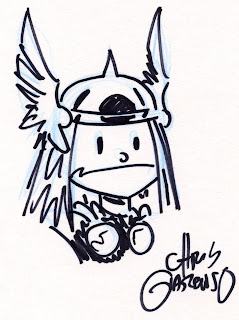 To get a piece from sketch stage on real paper to a finalized digital is a lot of work, and very hard to portray in time-lapse unless you're going to speed things up on a very extended screenshot.  But what we did instead was a brief slideshow of it from stage to stage...

(FOR A BETTER LOOK, SEE IF YOU CAN ENLARGE)

First there was the sketch.

Then the anatomy was adjusted (head moved up, arm twisted a bit, mouth widened).

After which, digital inks and erasing of the pencil (actually ballpoint pen) lines on the layer beneath the digital inks.

Then a bit of the background is considered as Kirby Krackle is added and later readjusted.

Colors are added and enhanced all throughout.

And those are the big steps shown as they happened.
Posted by Gary Lee at 8:30 PM No comments: 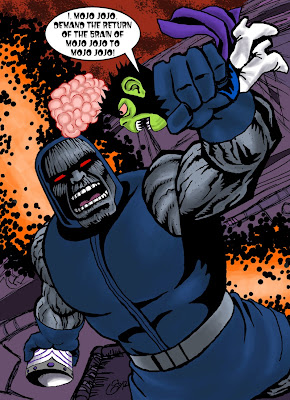 A BATTLE YOU NEVER THOUGHT YOU'D SEE--AND PRAYED YOU WOULDN'T!

Mojo Jojo of The Powerpuff Girls versus Darkseid of Apocalypse!

Titan of TV versus the God of Evil!

For all the marbles!

I'll be posting a fairly extensive look into the creation of this piece of art shortly... but for now, I rest.
Posted by Gary Lee at 7:47 PM No comments: 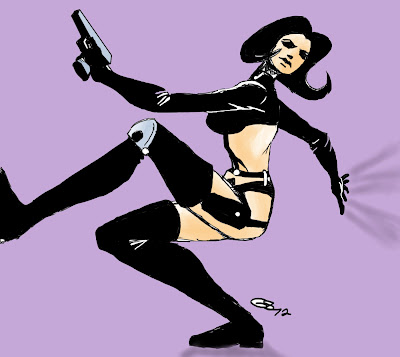 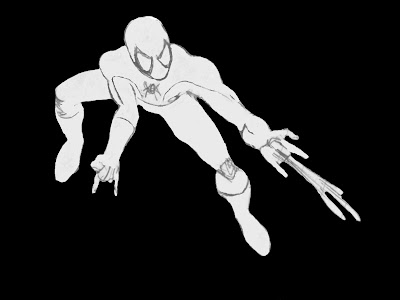 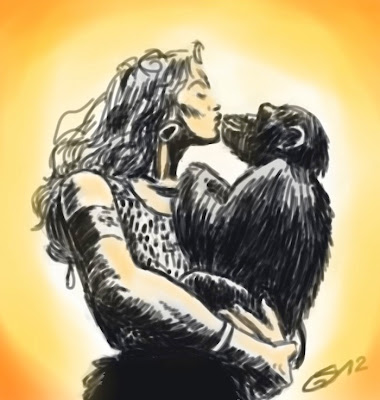 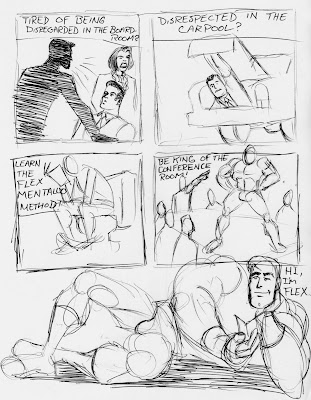 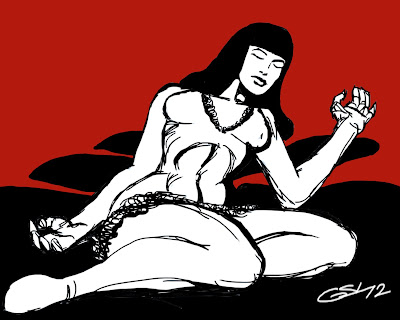