A fine piece of shlock cinema from the classic days of film making
and a spiffy as hell poster that does all it possibly can to
draw in the intended audience. 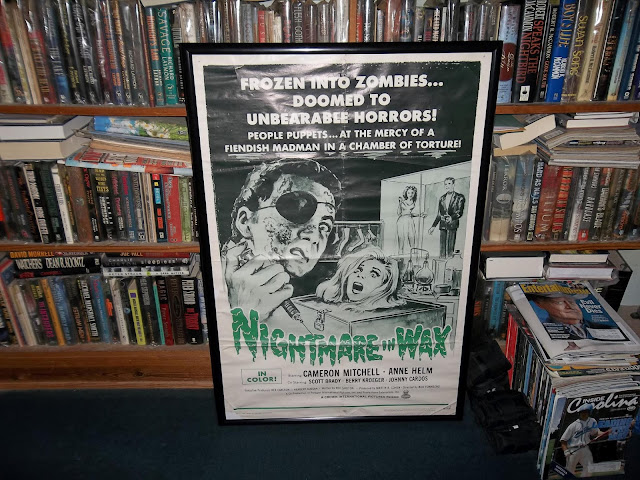 My eldest brother picked this rough one up at a local antique/flea market shop
for a darn good price and I really like it (wish I had space on a wall somewhere for it too).

I have not yet seen the film in question, but when I do, expect a review.

THE COUNTDOWN IS COMING...

It's been quite a while since I've updated my blog with some of my own drawings,
so here goes what I've been up to of late:

I continued the Kubert Tribute with this ballpoint on cardboard piece which is actually two pieces
because I have yet to merge the two images into one (something I always hate).
You'll get the idea... 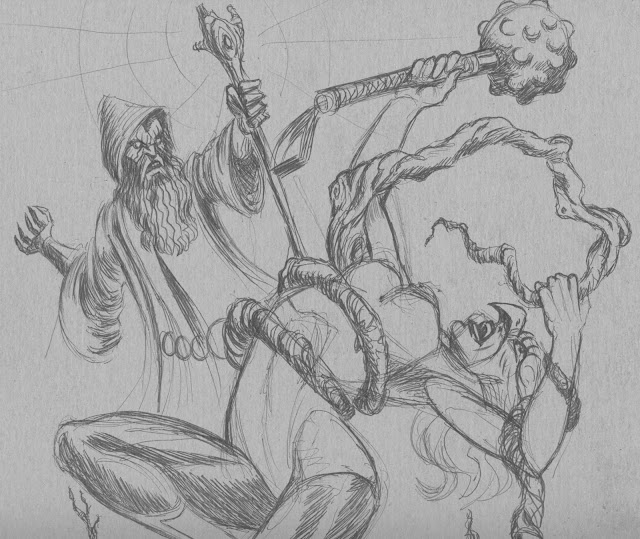 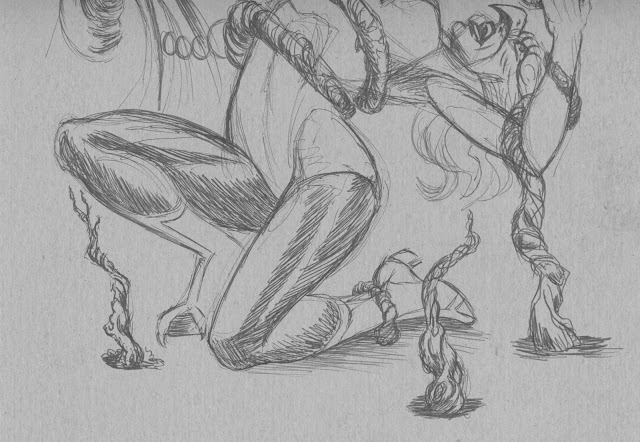 It's HAWKGIRL versus BLACKBRIAR THORN,
a character I love even more now that I know that Mr. Kubert co-created him!

About half-way through the image above, I really got into drawing the trees/vines that were grabbing at Hawkgirl and made some progress in understanding how to make them look the way I think they SHOULD look (see the one she's grabbing that wraps around to under her other arm for what I mean).

Below are the Kubert Tribute Week images from the week before. 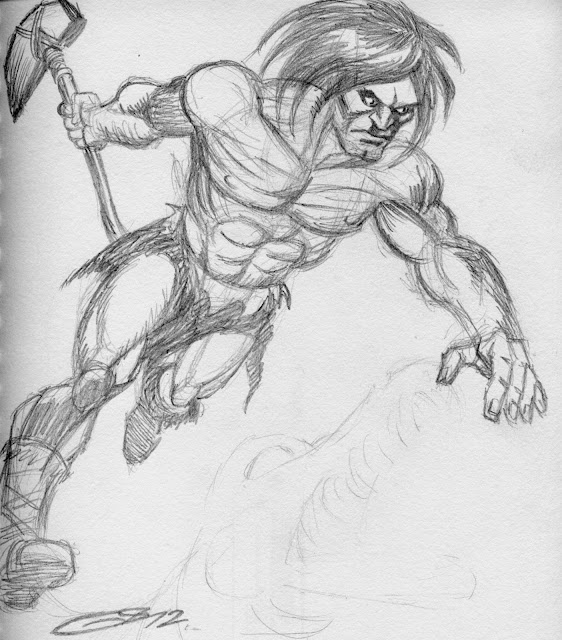 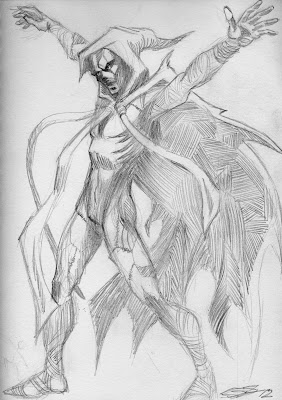 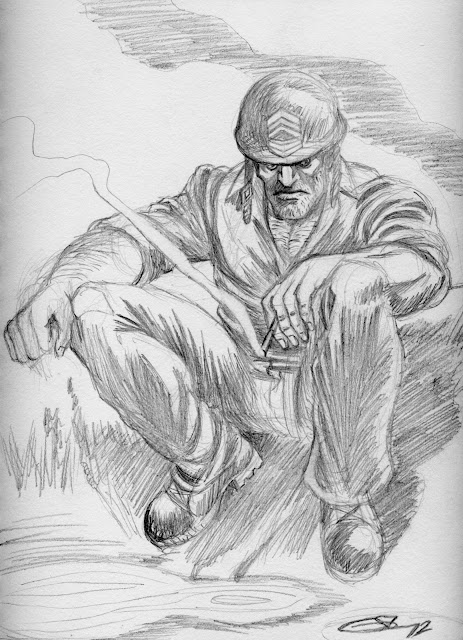 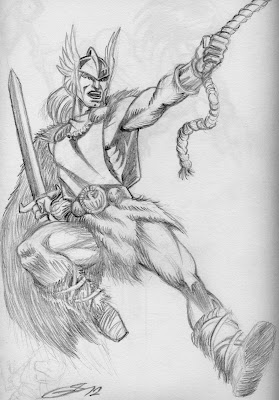 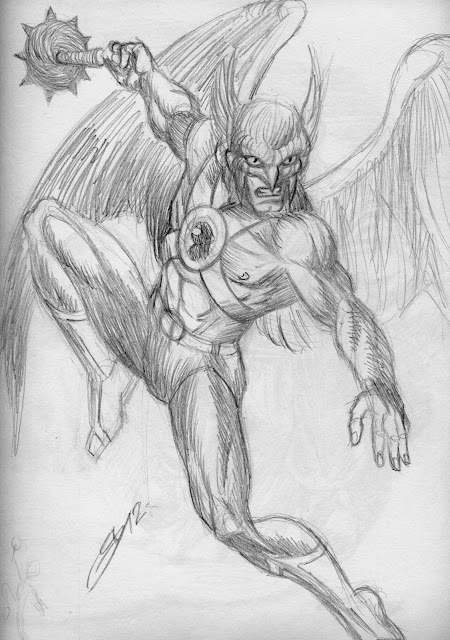 There were more characters than I could draw in a week created by Joe Kubert--some I hope to get a chance to draw again one day like Enemy Ace & Unknown Soldier to name but a few.