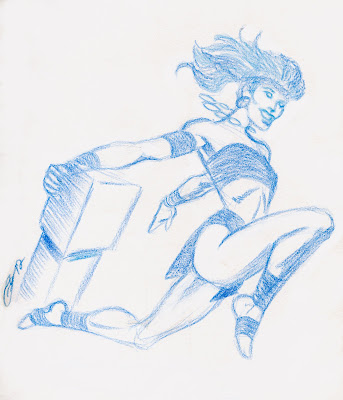 Above is Jasmine AKA Bounce of JOHN BYRNE'S NEXT MEN. 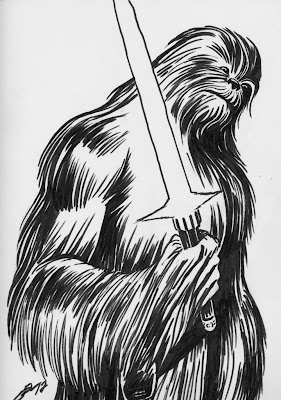 Not Chewbacca, but another Wookie who happens to be a Jedi--never saw one of those in Star Wars. 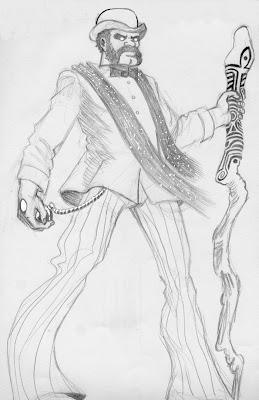 This here is a homemade character who is one of an order of mystics who call themselves, collectively, The Travelers. 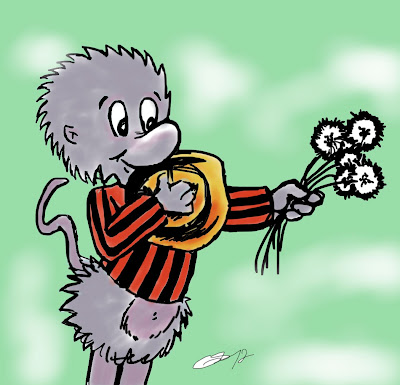 Walt Kelly was a genius cartoonist who was responsible for some of Disney's best stuff and he went on to create POGO, the comic strip featured above. 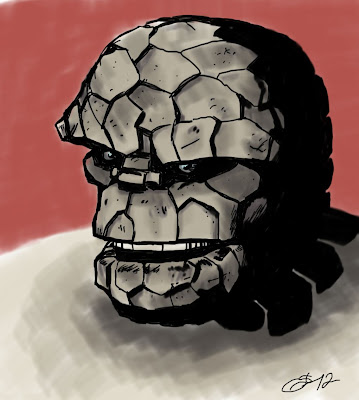 Got around to sketching another Benjamin J. Grimm face for my own pleasure using Sketchbook Copic Edition. Was kind of fun. 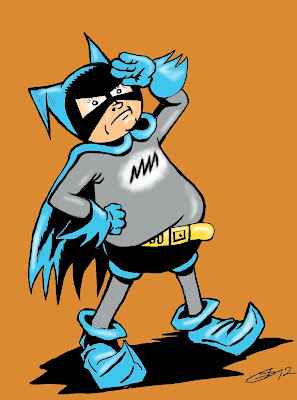 In honor of the late, great Sheldon "Shelly" Moldoff, I wanted to portray one of his nifty additions to the Batman Family and so we see the Bat-Mite above.
Posted by Gary Lee at 2:02 AM No comments: 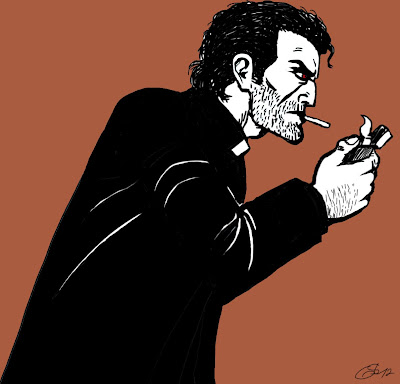 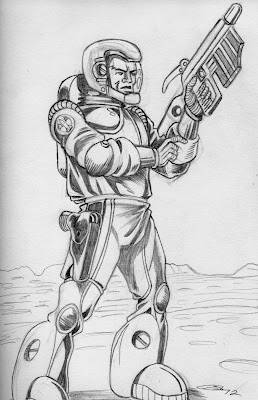 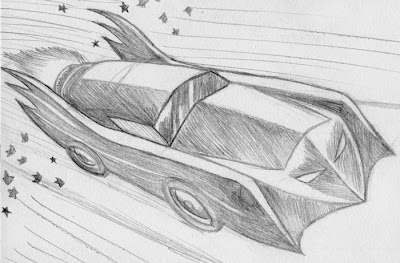 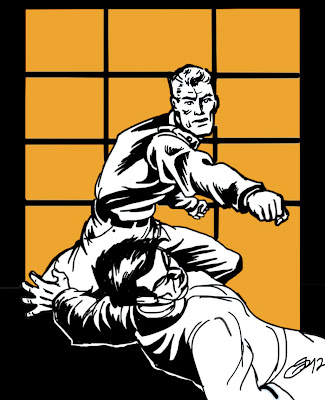 (Click any of the above images to embigify!)
Posted by Gary Lee at 12:59 AM No comments: