A SUPERMAN IN SILHOUETTE 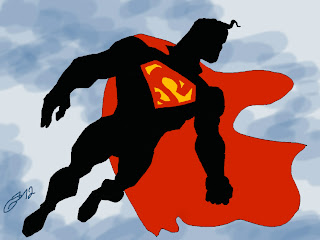 When challenged to draw Superman, a very fun way to portray him is in silhouette.
Not that he's hard to draw--he's terribly easy, in fact--it's just that in Frank Miller's
BATMAN: THE DARK KNIGHT RETURNS this was how we often saw him.  But then again, maybe it was only once or twice and the image is just so strong that it stuck?  Like an image
will, when it flashes in stark relief in front of your eyes.

Either way, it adds an heir of mystery and darkness...
a kind of otherness to him--being the god-like alien that he is.
And that may help us realize further that that's how Miller's gritty old
Bats saw Superman, golden boy behind the red, white and blue.

Regardless, he looks cool that way.
Posted by Gary Lee at 2:30 AM No comments: Links to this post

REN & STIMPY AT IT AGAIN 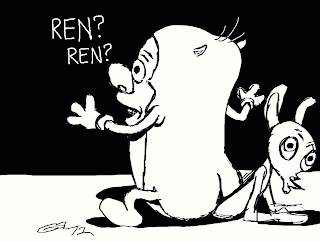 Eh, he's a little square-headed is Stimpy and Ren isn't quite as over-the-top,
but I thought it came out well enough for a DSC.
Posted by Gary Lee at 2:14 AM No comments: Links to this post

GEE, MA, LOOK AT THE ELEPHANT! 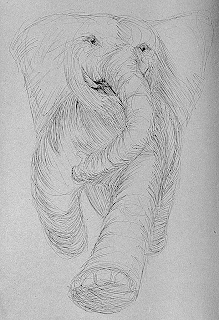 Not sure if I can remember ever drawing an elephant before...
this one's from memory of African elephants.
Posted by Gary Lee at 1:37 AM No comments: Links to this post

THE DARK SIDE CHRONICLES VI: IT SHOULD HAVE BEEN IV

Looking back, I noticed that I neglected to post the previous DARKSEID battle in which the dark god shows up in DORMAMMU'S DARK DIMENSION...
(Don't forget to click for a better look) 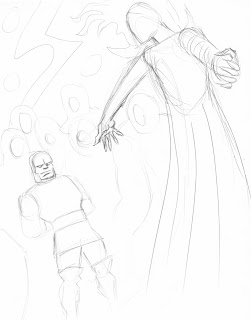 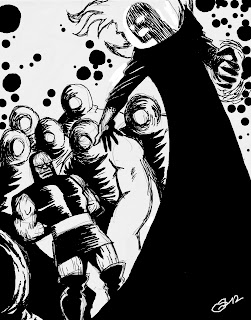 Posted by Gary Lee at 1:03 AM No comments: Links to this post

THE DARK SIDE CHRONICLES V: NO END IN SIGHT

And so the battles in OUTCAST STUDIOS CHARACTER BATTLE ROYALE continue and I'm still around after all this time.  After getting defeated soundly in my first bout even!  But it's hard to keep a Jack Kirby created God of Evil down and so DARKSEID has killed his way to the semifinals.

And there awaited the winner of one of the few other BATTLE ROYALE's OUTCAST STUDIOS has ever held, the guy in charge of the ART of WAR forum hisownself, NATE.  His character is Norman Osborn as the Iron Patriot.

For this battle, I had numerous ideas, endless images, a torrent of tattooed tales told in a fevered race to try and find the perfect scene for my portrayal of the showdown.  Here are a series of images that flashed through my brain (click any image for a better/bigger look): 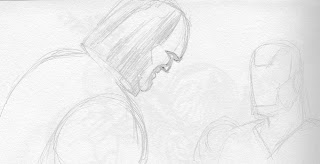 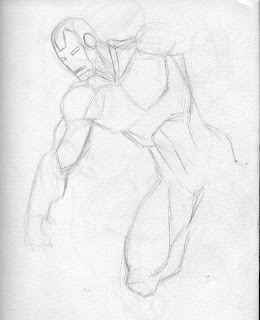 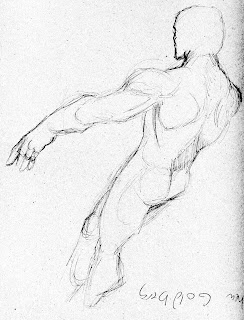 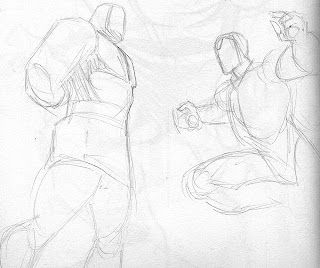 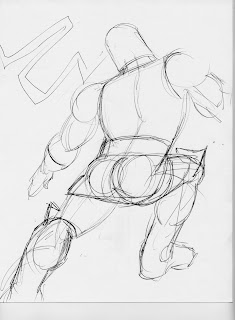 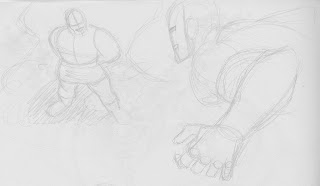 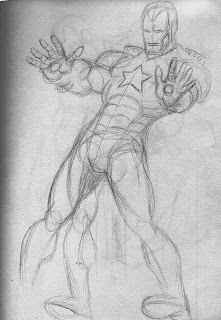 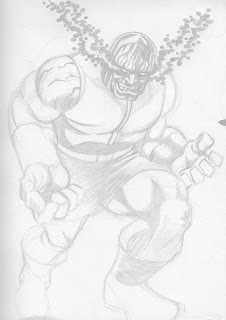 After a while of this, I had enough images and a possible sense that I could cobble together a bit of sequential art as the way to incorporate many of these ideas into my final piece.  Little did I know how much work I was cutting out for myself... here's the final result
(again, for a decent look, click to embiggen): 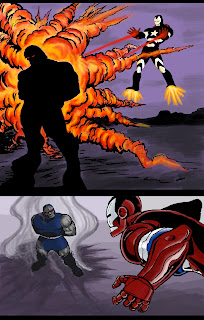 Well there you go.

Posted by Gary Lee at 12:51 AM No comments: Links to this post