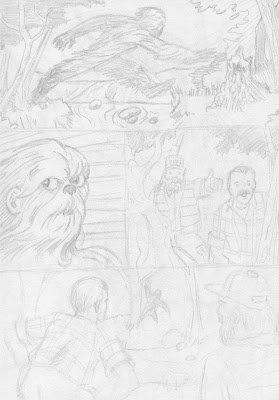 Red the Yeti is a character I came up with while doodling in a sketchbook and this is the first place he appeared. He's a laid back kind of guy who likes soda, Johnny Cash songs and long walks in the woods. 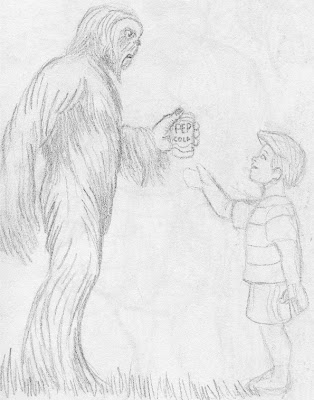 Later the same year, there was a contest in PREVIEWS catalog about creating a new NOCTURNAL (a supernatural group of crime fighters created by Dan Brereton), so I entered this little guy in the contest. Dan picked him as the winner. Prize was a nifty painting of your character (which I'll have to post around here sometime when I can find the file). 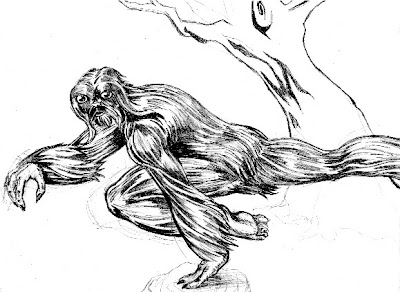 I've developed him further in the years since, but have yet to completely crack his story.